Top 10 Most Talented Sculptors Around the World. The sculpture is known to be an amazing form of art; it is the visual art that functions in three different dimensions, creating a touchable piece of art by carving and modeling in either metal, ceramic, stone or even wood. Today, sculptures use a wider range of materials. Most of the ancient sculptures that survived are mostly made of stone rather than the other delicate materials; however, some other vintage ones in different materials still exist, they are incomplete and cannot promise to survive for longer while those that were made of wood had vanished almost completely, but those sculptures that have not worn away with time exist in the ancient Mediterranean civilizations, India and China, as well as many in South America and Africa.

This form of art flourished in ancient Greece, for Greece is the place where great masterpieces and works of art were originally created. The art of sculpture began taking a more religious route and it was known as the Gothic Sculpture, but later, it evolved from being religious to just express religious motifs and it remains so until the recent times with the addition of expressing politics too. By all means, it is a form of art that still has a lot of lovers and passionate people who have taken it as a career and became professional sculptors. Here we present you a list that features 10 of the best sculpture artists around the world. 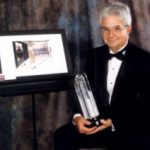 John Morris’s work is unique and explorative, for he usually goes the extra mile to produce a masterpiece that is worth admiring. His works actually stem out from comprehensive and far-reaching sketching and designs; they are explorative, for he pushes beyond the ordinary by using extraordinary subjects that include the descriptions of styles and fashion photography, muscular structure, and skeletal bones. Morris is known for creating different proportions for the body by putting emphasis on some parts while making others very skinny. His point was to enlighten people on how the body images provided for us in the anime and comic portrayals of superheroes and heroines are full of surrealism. He skilfully does that by using several tools that include stainless steel, leather, brass and more in order to provide a fascinating contrast of the whole piece with the warm smoothness of the wood. 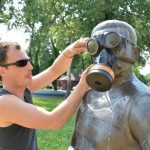 Slancik was born in Germany but grew up in the north of Serbia. He had a great passion for art and sculpture in particular. He studied mechanical engineering and stated that this field, despite being very different from the world of art, has helped him when it comes to the professional side of the sculpture. His work is mostly recognized by being dark in order to emphasize the fact that people are captivated by the materialistic aspects of life rather than the spiritual ones. Slancik work has been included in a lot of different exhibitions during the last few years, including “Noah`s Arch”, “Light Up the Dark”, Museum Subotica, “Indigo Family”, “Triplet”, “Return”, “The Ant”, “Mother and dirty children”, Art cinema Alexander and a lot more.

PrevPage 1 of 5 PagesNext
Use your ← → (arrow) keys to browse

Top 10 Tallest Statues in the World

Immigration To Canada 2020 — How To Easily Become A Canadian...

How to Start a Blog: The Untold Guide on Starting Blogging

Top 10 Tallest Statues in the World